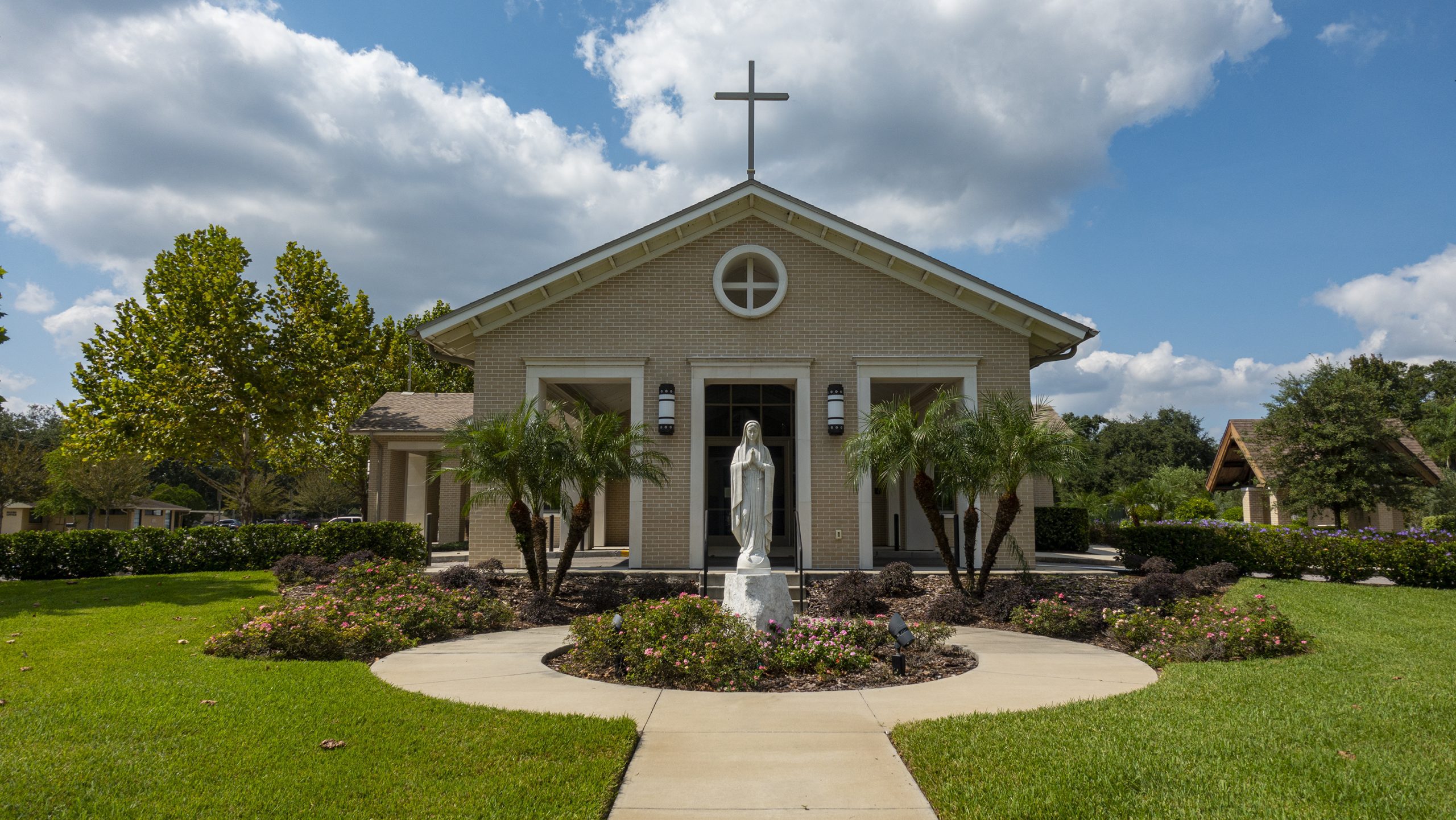 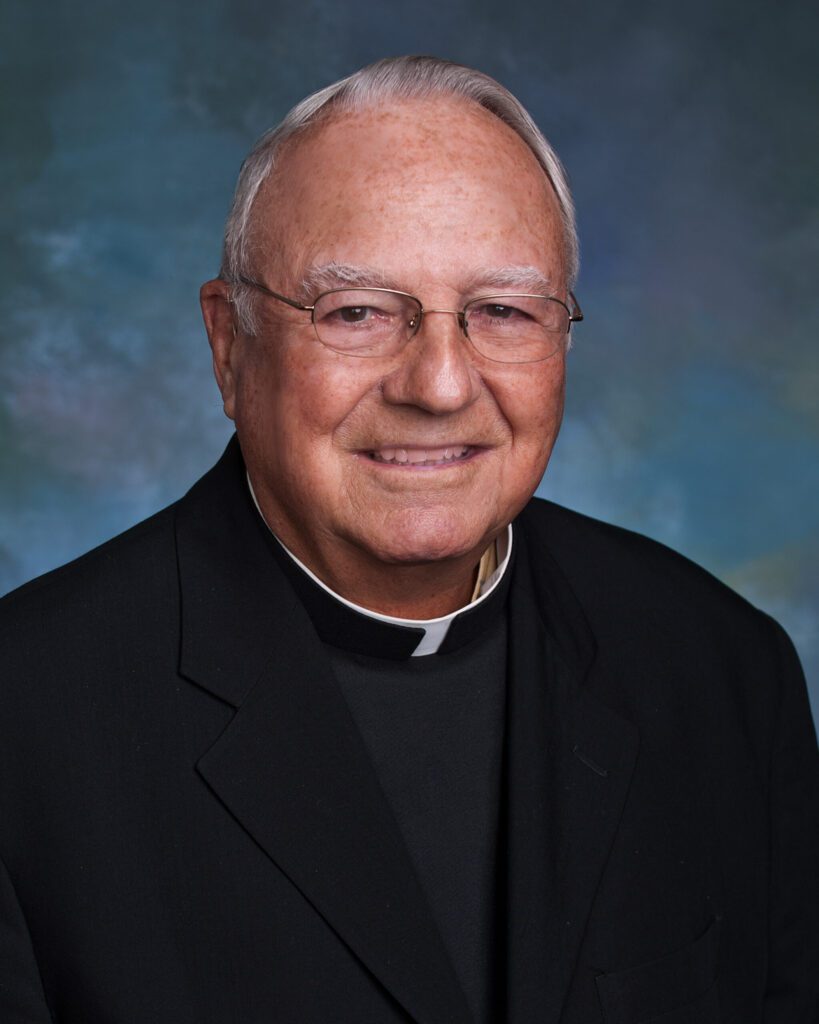 Since 1998, the Diocese of St. Petersburg has honored one priest annually who best exemplifies selfless and dedicated service to the people of God.

“Monsignor Mouch has served our Diocese well, even in challenging times, to lead in big ways. He has had a major impact on the Catholic community of West Central Florida because of his priestly ministry. He has served at the Pastoral Center, various parishes, Saint Leo University and, the Cathedral of St. Jude the Apostle,” said Monsignor Michael Muhr, pastor of St. Lawrence Parish in Tampa.

He was born on July 25, 1932, in Sandusky, Ohio. He graduated from high school at the Pontifical College Josephinium, near Columbus, Ohio, where he would also complete his undergraduate studies in Philosophy and his graduate studies in Theology, earning a Master of Divinity degree.  He was ordained on June 10, 1958, for the Diocese of St. Augustine.

Following his ordination, Monsignor Mouch remained at the Josephinium, where he served on faculty from 1958 to 1963.  The following year, he enrolled in the University of Florida, in Gainesville, earning a Master of Education degree in 1965.  Seven years later, he was granted a sabbatical leave to begin studies at the University of St. Thomas Aquinas (“Angelicum”) in Rome, where he earned a Licentiate in Sacred Theology in 1973, after which he returned to the Josephinium, serving as Rector from 1974 to 1984.

In April 1975, he was named as a “Prelate of Honor,” and was granted the honorary title of “Monsignor” by Pope St. Paul VI.

From 1999 until his retirement in 2002, Monsignor Mouch served the Diocese of St. Petersburg as its Secretary for Pastoral Programs, providing guidance and theological consultation to its fledgling Lay Pastoral Ministry Program.  His efforts helped in constructing a firm foundation for the program, from which many lay ministers have graduated.

In the twenty years since his retirement, Monsignor Mouch has continued to provide priestly assistance to parishes as needed and has served on various boards for the Diocese of St. Petersburg, including the Priestly Growth and Enrichment Commission.  For years, he provided ministry to the faithful of St. Mary Parish, Tampa, until June 2021.  He currently resides in Wesley Chapel and will celebrate his 65th anniversary of ordination to the priesthood in 2023.

He came to the New World in 1518 and worked successfully among the native peoples of Puerto Rico, Hispaniola, and Guatemala. A disciple of the famed Indian protector, Bartolomeo Las Casas, Father de Cancer had particular success in Guatemala. His efforts were so successful in an area known for its bellicose natives, that it was renamed the “Province of True Peace.” De Cancer believed that aggression and violence were counter-productive to the spread of the Gospel and that the native peoples needed to be treated with dignity.

Having read of several failed expeditionary attempts to Florida, de Cancer became convinced that a true missionary effort needed to be undertaken. By late 1547 he had received permission to undertake such an expedition. The Santa Maria de la Encina set out from Vera Cruz, Mexico in early 1549 with de Cancer and three other Dominicans bound for Florida. He insisted that it be an unarmed vessel.

Father de Cancer’s high ideals were put to the test as he arrived on the shores of Tampa Bay in May 1549. Undoubtedly marred by previous contacts with Spanish Conquistadors, the native peoples were very suspicious of this latest venture. Despite warnings from the captain, de Cancer pressed onwards and continued to make contact with the natives despite the fact that one of the Dominicans had already disappeared. Just a few days after celebrating a Corpus Christi Mass ashore, Father Luis de Cancer, a remarkable man of peace and Gospel virtue, was martyred on June 26, 1549 by a band of Indians shortly after setting ashore in the sight of his companions.