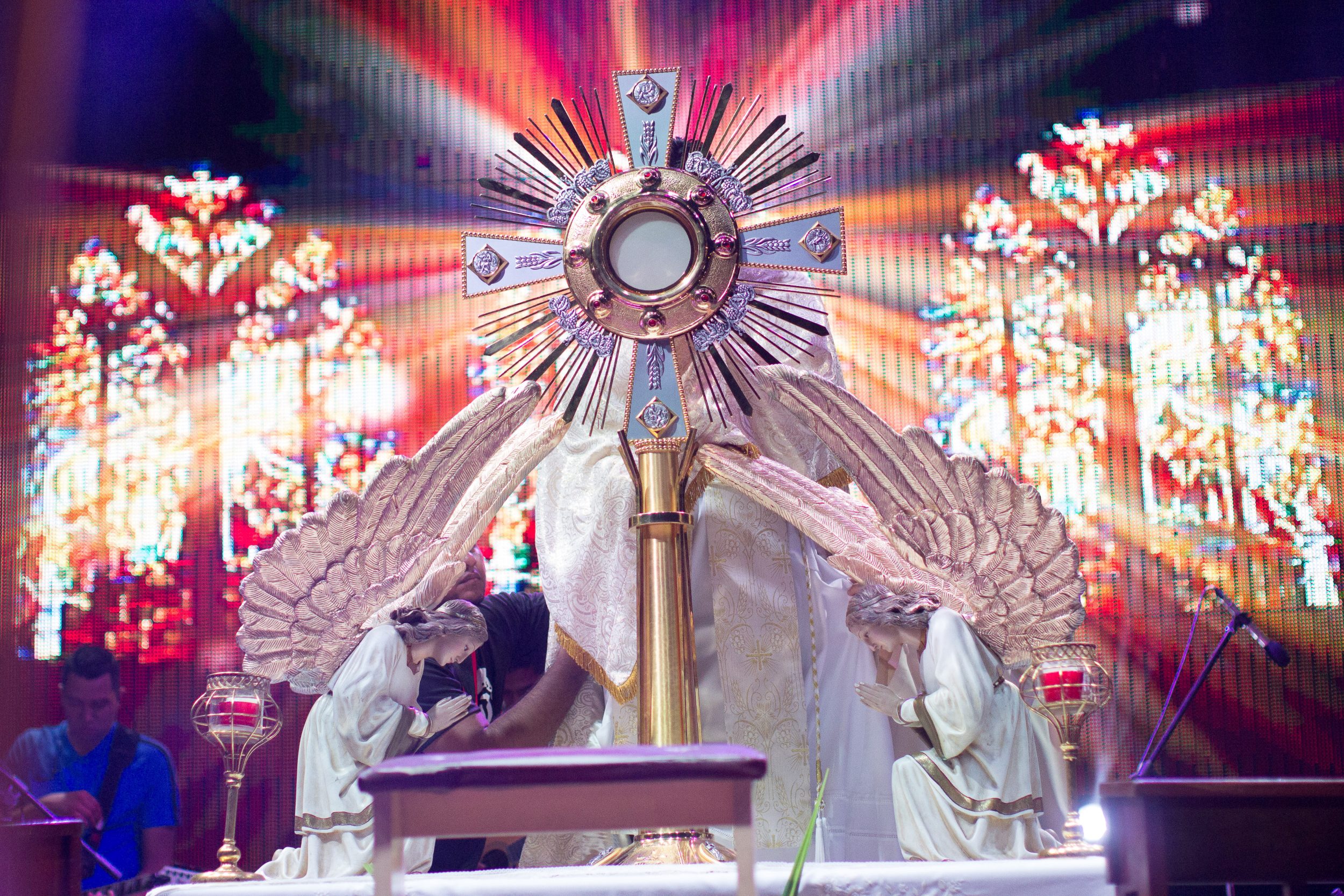 For Catholics, the Sacrament of Baptism is the first step in a lifelong journey of commitment and discipleship. Whether we are baptized as infants or adults, Baptism is the Church’s way of celebrating and enacting the embrace of God.

Preparations for the reception of First Eucharist (First Holy Communion) are coordinated through the Faith Formation Office.  Two consecutive years of our parish faith formation or a Catholic school program plus a First Sacrament preparation program are required for this sacrament.  Children in second grade (age 7) and above are eligible to prepare for Reconciliation and Eucharist.  If your child or teen missed receiving the sacraments, we have a variety of programs to meet the needs of various age groups. Contact Joan Rini at (813) 961-1061 ext 306

Confirmation is to help the youth participate in deepening a personal relationship with God, to develop a sense of belonging in a living Christian community and to personally ratify membership in the Catholic Church.  Preparations for Confirmation require two consecutive years of our Parish Program or a Catholic school program plus a Confirmation program. Any youth in eighth grade and above are eligible to prepare for the Sacrament.  For more information, please contact Joan Rini at (813) 961-1061 ext 306

Preparation of Marriage is central to the meaning of the Church. You are beginning a new call in the Body of Christ through your commitment in Christian Marriage. Our program of premarital preparation is designed to give you the best in guidance and support.

Anointing of the Sick

Those who need anointing may contact the Parish office (813) 961-1061. We also offer the Sacrament of the Sick after each Mass on the last Sunday of the month.

The Sacrament of Apostolic Ministry by which the mission entrusted by Christ to his Apostles continues to be exercised in the Church through the laying on of hands.  This sacrament has three distinct degrees or “orders”; deacon, priest, and bishop.  All three confer a permanent, sacramental character. (CCC 1536)  For men interested in the vocation of a Priest or Permanent Deacon visit the website for vocations.